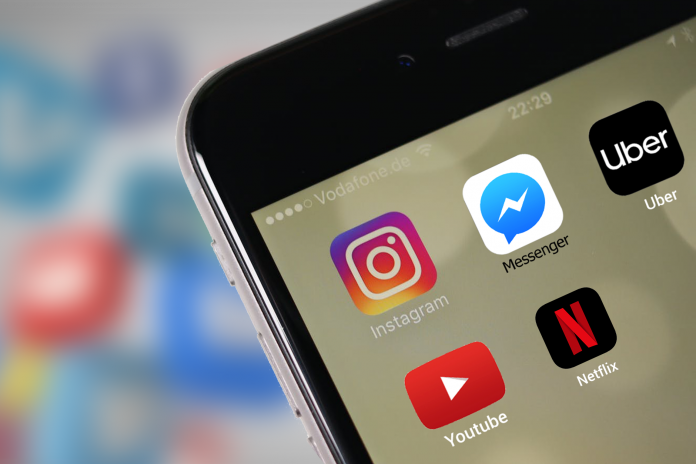 The 5 Most Used Apps in the World!

Wanna know the top 5 most used apps in the world? If Yes then you came to the right place.

Mobile App has become the most innovative thing to the world where you just click to download or install icon and you have your app in minutes! According to the U.S report in this era of the world, the ratio has been increased by 40 to 57% of people who spend half of their time using mobile applications. So, this shows how important a mobile app is for your businesses. So, if any business needs or wants to have better engagement from mobile they should have to build their own app and offer a unique and cool experience. In the present days of the digital world, there is almost an app is releasing so the competition has also got increased in thinking of what to add new options in an app. Instagram is the most used app in the world as it is an easy and a great platform to chat with your friends and a great way to connect to the people of the world through the pictures and videos. In fact, according to the latest survey, Instagram is proving the most engagement app than Facebook and Twitter as the survey told that the Instagram post gets 55% more engagement than Facebook.

YouTube is the second one in the ranking of most used apps as it is the first choice of people for the video platform. Here you can find any kind of video with just an input of keyword in the search bar and you got the results similar to google. Let’s Come to the point now According to the news 40% of people use YouTube from their mobile app and mobile views have got increased to 300% since 2012.

The YouTube app lets users watch videos, save to watch later and also you can download it so that you can watch the video in an offline mode. You can subscribe to your favorite channel and click on the ring button so that when a video gets published you may get a notification on your cellphone by this you can’t miss the latest video. Facebook messenger is at number 3 in the ranking. When Facebook launched the Facebook messenger app its surprising to believe that within a week it is the most ever downloadable app in history. It is a very important app to have these days according to the reports 80% of mobile users have this app installed on their mobile phones. So, the Facebook app is also the most used apps in the past time but now it drops down to number 3 however it is still the best chat app of the world. Uber is the most downloadable app in the United States as it has many users across the globe. Uber app can connect customer to riders they can be in touch through chat and the riders mobile number is shared when you book a rider so by this you can easily contact to rider with that there is a map where you can see where the rider has got reached and there is also an estimating time running from which you came to know about when your rider is reaching to your point.

The payment method is also so easy you can pay through your debit or credit card or by cash it’s up to you. The best thing about such an app is a secure payment. Moreover, both the rider and driver can give each other a rating which adds to their rating score which plays also an important part. Netflix is the most demanding app. In this era of the world, it is the most used app to watch Tv Series and Movies on your smartphone. The best thing about the Netflix app is that it is light as well as fast to use. It has multiple payment methods for simple checkouts and you also get instant updates regarding your order status.

So, these are the most used apps in the twenty nineteen hope you get to know about each app in details and I am sure you people would definitely install and use these apps so that you can say proudly that I have the world’s most used apps in my mobile phone. Hope you enjoyed reading this article! Many people ask about it that is betternet safe I am telling you that these all apps are